Welcome back to Phantasm Sequels Month here at B-Movie Enema!

Phantasm II, to put it mildly, didn’t perform as well as hoped. Sure, it brought in a little more than double its budget. That’s not bad, but it was hard to necessarily say Universal was all that happy. Goddammit, they wanted a franchise like those Jasons and Freddys.

However, Universal still had a little bit of a hold on the franchise. It would go on to distribute the next film, and this week’s featured entry, Phantasm III: Lord of the Dead on VHS. Things get a little sideways here though. Phantasm III played a very limited, couple week run in movie havens Baton Rouge, Louisiana and St. Louis, Missouri. That may feel like places out in the middle of no-frickin’-where for a movie to get a limited, two-week release, and you’d be right.

It also saw Phantasm III become the highest grossing movie of that two-week run in both markets.

END_OF_DOCUMENT_TOKEN_TO_BE_REPLACED 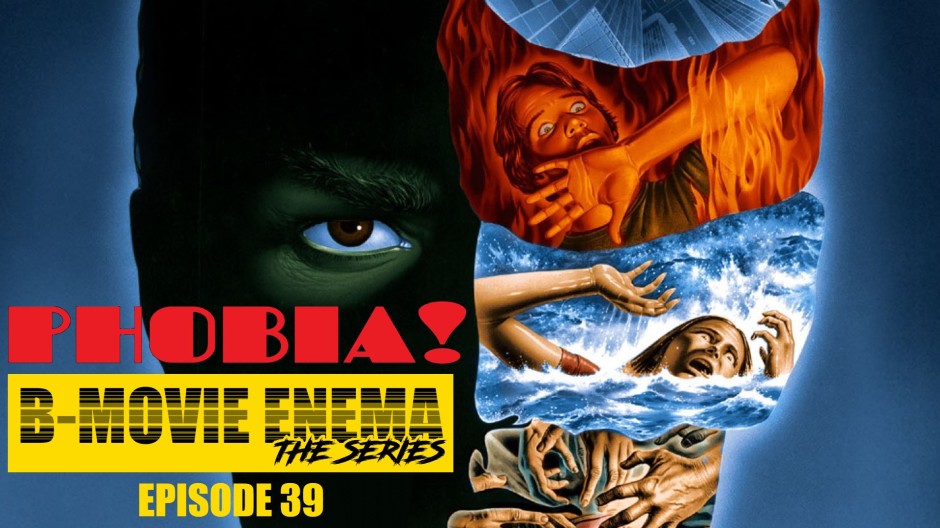 Geoff and Nurse Disembuadee come to terms with their fears as they watch John Huston’s 1980 thriller, Phobia. 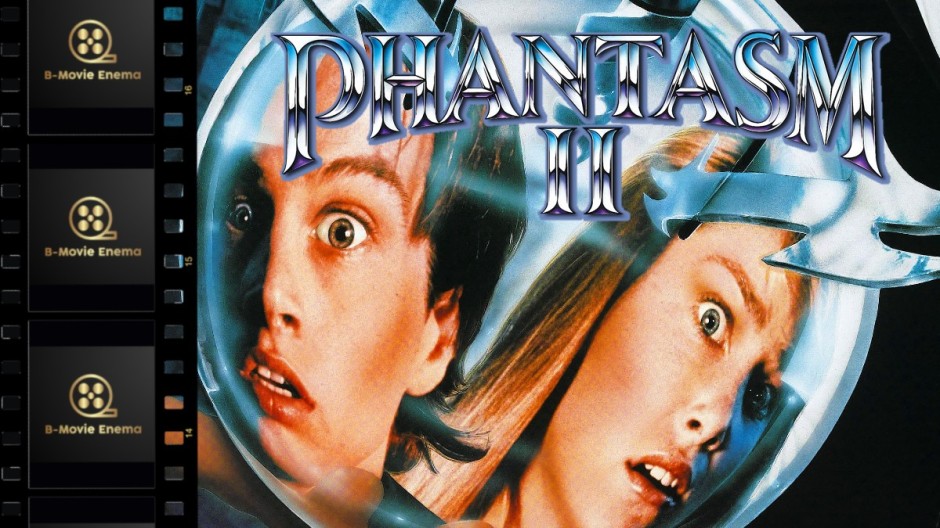 As promised, here we are at Phantasm Sequel Month on B-Movie Enema.

Earlier this year, I went deep into what I felt the themes of the first Phantasm from 1979 were. I tied it a lot to loss and dealing with death as a teenager, the time in which most people feel pretty invincible and don’t have to deal with the specter of death looming closely behind them. It was pretty clear that Mike had some unresolved issues with the loss of his parents and was scared of losing his brother Jody as well. Naturally, Jody would be lost, so were the events dealing with the Tall Man all in his head or was there some sort of other other-worldly, inter-dimensional, metaphysical thing going on?

Ultimately, it didn’t matter. Did the movie scare you? Did you have a good time watching the movie? That’s all that Don Coscarelli was going for. Okay, sure, maybe he had themes and ideas he was exploring, but he made the movie he wanted to show audiences plain and simple. No one was asking for a sequel. It maybe didn’t need one.

END_OF_DOCUMENT_TOKEN_TO_BE_REPLACED

Welcome back to B-Movie Enema. Also, I guess welcome back to Fred Olen Ray who we most recently had here making some real dumb jokes for the right-wing crowd in Sniper: Special Ops. But I guess we’re back to something a little more palatable with his parody Attack of the 60 Foot Centerfold.

So, yeah, this is a parody of the classic Attack of the 50 Foot Woman. However… We’ve been in this neighborhood before. Remember back in 2020, we took a look at the Roger Corman-produced Attack of the 50 Foot Cheerleader. It was the first time Corman made a 3D movie no less. That movie was somewhat entertaining, but you could also tell, at least to a certain extent, that the movie was somewhat tame.

Wikipedia says that this movie has “much nudity”.

END_OF_DOCUMENT_TOKEN_TO_BE_REPLACED 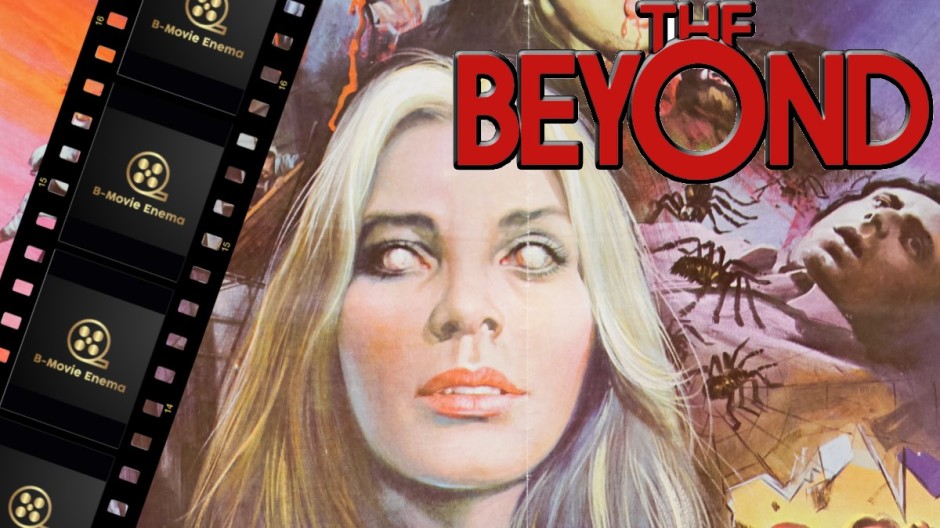 Now, this is the Italian stuff I look forward to covering.

After taking on Hercules twice in a row, now I get to return to the warm embrace of Lucio Fulci with his Gates of Hell trilogy. I’ve already knocked out the first chapter, City of the Living Dead, last month. Now it’s time to get to what most would usually list as the best of the trio, The Beyond. So, buckle up and prepare for this week’s dose of B-Movie Enema!

END_OF_DOCUMENT_TOKEN_TO_BE_REPLACED

How do you follow up one bad movie? With another!

Welcome to this week’s new B-Movie Enema article. Last week, I took a look at Luigi Cozzi’s attempt to revive the classic sword and sandal movies starring the Greek demigod in Cannon Films’ Hercules. This week, we’re just going to go ahead and knock out the sequel, 1985’s The Adventures of Hercules. Now, I typically don’t do stuff like this where I just take two random weeks in the course of a month that has no theme and cover a duology, but, frankly, if I don’t do this right now, I never will.

These movies are dreadfully bad and boring, and I struggle to say they are so in a fun way.

END_OF_DOCUMENT_TOKEN_TO_BE_REPLACED

Here’s the first of two more movies I’ve wanted to cover on B-Movie Enema for quite some time – 1983’s Hercules. This is Luigi Cozzi’s update of the 50s and 60s tradition of the Italian sword and sandal movies that ran from 1958 to 1965. You might think that, oh, there were only five or six or so Hercules movies released in that time frame. NO! there were a total of NINETEEN Italian Hercules films starring a handful of various American stars with bodybuilder Steve Reeves being among them.

Yeah, the Italians loved them some Hercules. It kind of makes sense. These movies were almost like comic book style movies. You have a beefy hero, scantily clad (and absolutely gorgeous) women, and high action and adventure. It basically offered something for everyone. They were badly dubbed when brought over here and they were kind of goofy. After all, a few of them would be lampooned on Mystery Science Theater 3000. Still, they were popular enough to continue to be made with multiple movies released each year.

Hercules, the movie character and Italian cinema was so well tied together, I’m honestly shocked that it took 18 years between the last of the Italian produced Hercules movies to this one released by… OH BOY… Yup, this is a Cannon Films flick.

END_OF_DOCUMENT_TOKEN_TO_BE_REPLACED

When trouble comes in the form of Donald Pleasance, it takes a hero like The Pumaman to save the world!