Geoff and Nurse Disembaudee need to call in a Poop Chute Technician to help repair the problems they’ve been having while they watch Brett Piper’s 2000 masterpiece, Drainiac! 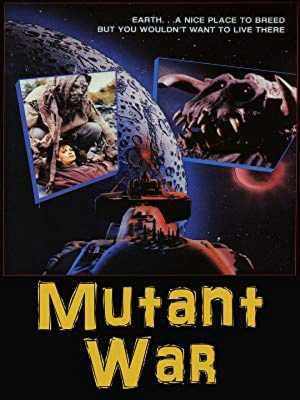 Last week, I checked in on site favorite Norman J. Warren.  This week, it’s time to check in with another favorite of the site, Brett Piper.

Toward the end of 2019, I wrote about his fun, sci-fi, post-apocalyptic, alien invasion flick Battle for the Lost Planet from 1985.  This time around, let’s look at the 1988 sequel – Mutant War.  Whereas the first movie finds our hero Harry Trent first remembering a series of events that started with him hijacking a space shuttle to being stuck on a pre-planned, five-year course to finally returning to Earth to discover that aliens have landed and more or less messed things up pretty bad.  It made for a nice little movie that, at times, gave me real classic Doctor Who vibes.

As was the case with his later film, Drainiac, and, to a certain degree, They Bite, I appreciate the spirit in which Piper works with and his general effort he puts out for the movies.  I truly do get the feeling that Piper just likes making movies and he doesn’t take himself too seriously.  Good on him.  In truth, he mostly just likes doing effects and creatures, which is obvious in his movies.  That said, sometimes, you just need these little types of movies that don’t take themselves very seriously and just wants to entertain. END_OF_DOCUMENT_TOKEN_TO_BE_REPLACED 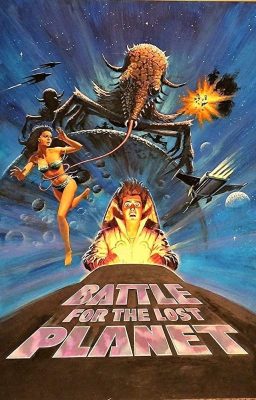 It’s time to check back in with ol’ Brett Piper.

Many of you may remember that just earlier this year, his They Bite was my 150th B-Movie Enema article.  It had much fanfare surrounding that momentous occasion.  I had balloons.  I had ice cream cake.  It was good times.  No one celebrated with me and I just sat there covered in balloons eating a giant ice cream cake all by myself, but, nonetheless, it was a grand time.  Just sitting there.  Contemplating my life.  Crying into my DQ cake.

When people find out I write a blog about movies, naturally they ask questions about what kinds of movies I discuss.  They may ask, “Do you write about the art of cinema?” or “Do you talk about the films of [insert artsy-fartsy director name here]?” or “You talk about that there Grinch movie from 2000???  I liked that movie somethin’ fierce!”  Normally, it comes down to me saying I write about B-movies, and that I’ve done it almost 150 times.  That usually spurns the question, “So… Can you explain what those movies that you watch are like?”

To which I can give only this response: “They Bite.” END_OF_DOCUMENT_TOKEN_TO_BE_REPLACED

Today, we talk about another find thanks to the Roku channel Bizarre TV.

From director Brett Piper, whose website says he’s been “makin’ movies since the early 80s”  (literally, it says “makin'”), comes a little film called Drainiac.  What is kinda nice about this movie, and some other things that Piper’s website talks about, is that this does seem to capture a feel of a bygone age of B-Movies.  In some ways, I suppose it does have some of the feel of the drive-in horror movies that were around before my time and in my youth of the early 80s.  In other ways, it resembles that “regional” film making appeal that was used often in the 70s – this would have been when small, independent movies, usually starring no one of consequence, would get made in a state or region of the country for the sole purpose of only ever playing in the local theaters or drive-ins. END_OF_DOCUMENT_TOKEN_TO_BE_REPLACED