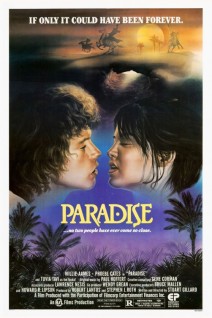 Let’s jump back, for a moment, to 1980.  At the time, a young actress by the name of Brooke Shields was considered both a very pretty girl, and an up and coming actress.  In 1978, Shields starred in a movie called Pretty Baby which covered the taboo topic of child prostitution in the early 20th century.  She was 12 at the time of shooting, and she appeared nude in the film.  If you were 10 to maybe 15 years old at the time, you might have thought that was the tits, but if you were older, you’d probably be some sort of sex weirdo if you found any pleasure in that. END_OF_DOCUMENT_TOKEN_TO_BE_REPLACED

I think I’m going to wish I had picked a different movie to include in Phoebe Cates Month.  I mean, Shag is a charming little movie (despite how awkwardly I was turned on by dance numbers including the Confederate flag).  Baby Sister was actually much better than I expected a disposable movie of the week to be.  Next week’s movie, Paradise, has a whole lot going for it despite it being a pretty bad knockoff of an already bad movie.

But, no, I had to include 1987’s Date with an Angel. END_OF_DOCUMENT_TOKEN_TO_BE_REPLACED 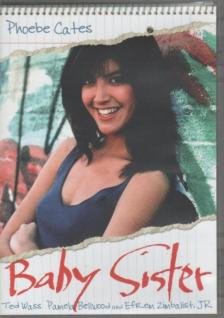 Phoebe Cates Month rolls on with our next movie, the 1983 possibly-sultry-but-maybe-not-tv-movie Baby Sister!

After Cates dove into all our fantasies in Fast Times at Ridgemont High (her second film role, and if you can just hold your damn horses for a couple more weeks, we will certainly be discussing the first film role), she was able to continue to work relatively steadily for the next few years.  Later in 1983, she would get another big-time part in the coming of age comedy Private School before returning to TV to deliver this cherry line in the miniseries Lace where she played a sex symbol actress searching for her natural mother. END_OF_DOCUMENT_TOKEN_TO_BE_REPLACED

It’s a new month and a new opportunity to have a new theme.

Back in December, I covered Alyssa Milano in a way that only a real creep, or possibly that undertaker character Tom Petty played in the “Last Dance with Mary Jane” video, could.  That was a way to look at the body of work of a 90s dream girl who blossomed into a girl who really liked making movies teenage boys liked to watch.  For April, I decided to step back to the 1980s and talk about another brunette vixen that boys love to this day – Phoebe Cates. END_OF_DOCUMENT_TOKEN_TO_BE_REPLACED