Welcome back to B-Movie Enema and the grand finale of David Winters Winter. If you’ve been reading all month, I’ve been kind of teasing what the finale was going to be. If you know what David Winters is maybe best known for, particularly in the 80s, and if I was teasing an 80s film of his that has some questionable decisions made in the production and set decoration, then you had to know it was going to be Space Mutiny.

Of course, Space Mutiny is best known for being one of the funniest episodes of Mystery Science Theater 3000. And what that episode is best known for are all the muscleman jokes made at lead star Reb Brown’s expense. I cannot tell you how many times I’ve called someone Rip Steakface, or Brick HardMeat, or Crunch Buttsteak, or Reef Blastbody, or Roll Fizzlebeef, or Big McLargeHuge, or Eat Punchbeef, or even Bob Johnson. I can’t tell you how many times I’ve said one of those names when I see Reb Brown. In fact, I’m sure I used some of them when I covered the 1979 Captain America movie he starred in! It’s part of my very blood. Those 40 parody names are just some of the best jokes ever written for a TV show.

END_OF_DOCUMENT_TOKEN_TO_BE_REPLACED 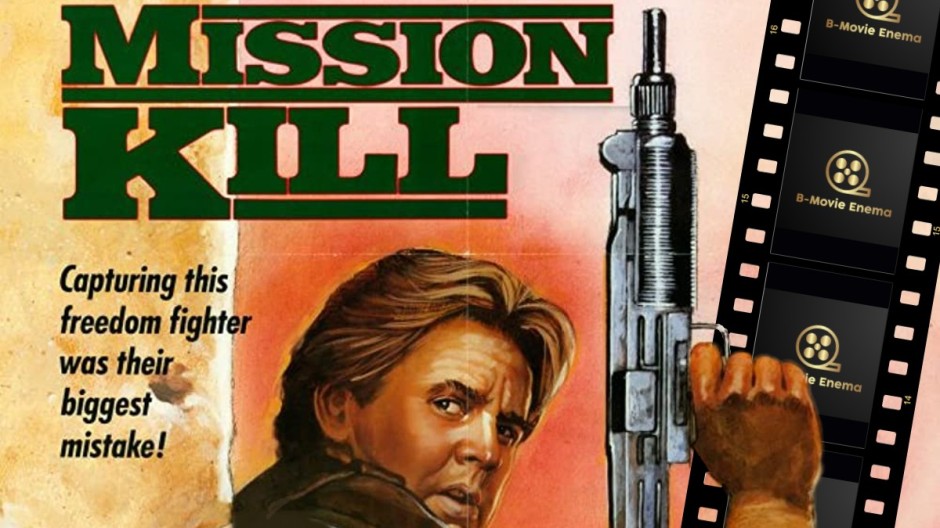 Just when you didn’t think David Winters Winter could get any better, things heat up with this mid-80s action spectacular with an all-star cast!

Welcome back to B-Movie Enema and the third week of this theme month celebrating the man, the myth, and the legend, David Winters! This week, I’m looking at 1987’s Mission Kill. Hoo boy do I have lots to talk about with the cast of this movie. However, I guess we should talk a little bit about the date of release for this movie.

I have put 1987 as the year of this movie and referred to it as 1987’s Mission Kill. If we want to get a little pedantic about this, I guess I could say it’s 1985’s Mission Kill. That’s what IMDb has it listed for. That’s what will show up in everyone’s filmography, but it really kind of is 1985 when this movie was originally released. It played in France at the Cannes Film Festival in May of 1985. It then went to West Germany 13 months later. Another 13 months later, it was in Japan. It wasn’t until December of 1987 before it got released on video in the United States. Is it possible it played here in either 1985 or 1986 in theaters? Maybe. But we’re going with that 1987 date, okay? Okay.

END_OF_DOCUMENT_TOKEN_TO_BE_REPLACED 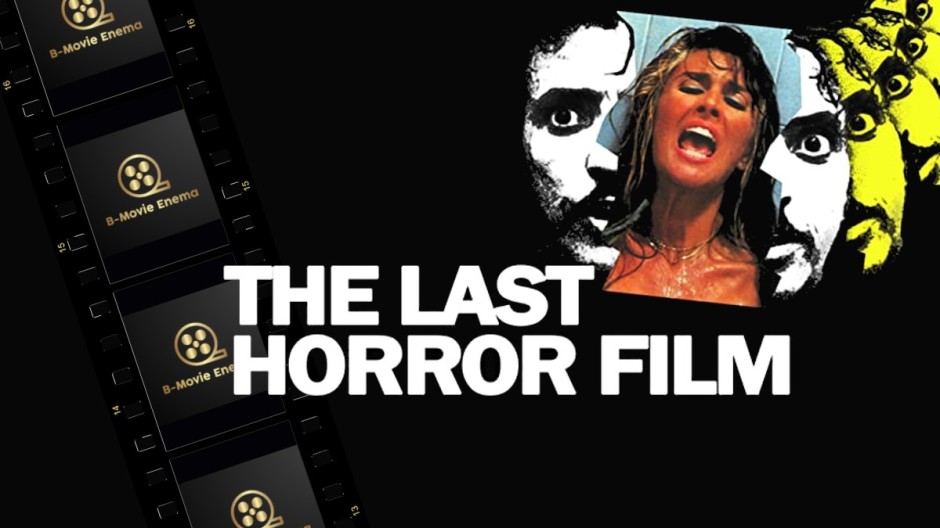 This week, we’re going a little earlier in the 80s to see what David Winters would do in the horror slasher genre with The Last Horror Film. This movie also goes by the title Fanatic. In fact, my DVD that I have of the movie comes with that second title. I’m not sure if this was something that played in theaters with Fanatic, or if that’s just the home video distribution title from Troma Entertainment.

Either way, The Last Horror Film co-stars musician Judd Hamilton who also co-wrote the movie and co-produced the film with Winters. Hamilton was the brother of Dan Hamilton of Hamilton, Joe Frank & Reynolds who had the 70s hit “Don’t Pull Your Love”. Judd did a little bit of surf music to rock to country. He was married to the lovely Caroline Munro from 1970 to 1982.

END_OF_DOCUMENT_TOKEN_TO_BE_REPLACED

After finishing out 2022 with Get Crazy, I decided it wasn’t time to leave the radical 80s behind quite yet.

So to kick off 2023, B-Movie Enema is going to look at a quartet of 80s David Winters movies in a theme month I’m calling David Winters Winter! We aren’t really doing this in any kind of timeline or chronological order. Nah, I don’t think we really need to do that. BUT what I did want to do is look at movies of Winters’ that came from different genres. We get things started with his teen skateboarding drama, Thrashin’!

This comes during a time in which skateboarding exploded. Skateboarding had been around as a relatively popular activity for kids at least back to the 70s when my brothers were kids. By the 80s, it became something of a lifestyle. Skater fashion would eventually kind of take over from the late 70s/early 80s punk fashion before being replaced by more hip hop fashions by the end of the decade and going into the 90s.