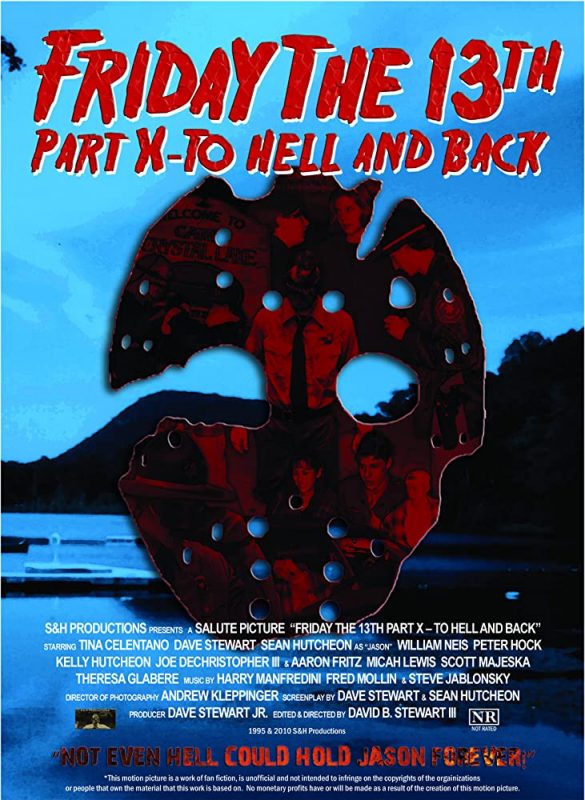 My grandpa liked making a bunch of silly movies with my mom and aunt and my oldest brother.  My other two brothers had a Super 8 camera in the 70s and 80s and made lots of home movies.  This wasn’t quite like the VHS camcorders and digital cameras that came in my day.  Oh no…  Most of the time it was silent.  If you wanted sound, my brothers had to painstakingly overdub their dialog while watching the movie through a projector.

Fan films existed pretty much from the get-go too.  In the 50s, I’m willing to bet lots of families dressed their little kids up as Bogey and Bacall or Superman and Lois.  Shit, my brothers made a movie called Grime as a take on the immensely popular Grease.  Their movie starred hunky heartthrob John Travoltastein.  Anyway…  Horror, established sci-fi properties, and superheroes tend to be general go-to genres for fan films nowadays.

And this is what we have here – 1995’s Friday the 13th Part X – To Hell and Back starring a bunch of teenagers. END_OF_DOCUMENT_TOKEN_TO_BE_REPLACED

Welcome back to B-Movie Enema, my lovelies.  This week, we have a peculiar little exploitation slasher flick from the early days of the gory mass murderer days – Nightmare.  There’s a positively interesting story behind this movie.  However, this is yet another of those Bizarre TV watches.  It is indeed part of the “final six” – the final six films that ran on repeat for several months until the Roku channel disappeared forever.

In the event that you ever watched that channel or curious about these final films, they were (in the order that I reviewed them on this blog up to this point) Werewolf of Washington, Zombie Nightmare, Slaughterhouse Rock, and Doom Asylum.  The final film of this grouping, Slumber Party Massacre, will be my special Halloween article, so that’s something to look forward to, I suppose.

I talk about the defunct Bizarre TV because it really is what re-energized me to start this blog up again after I took almost a year and a half off from writing it due to a bad case of fuckititis.  If it wasn’t for me watching that non-stop, and for the dearly departed Mistress Rhonda tirelessly providing awesome horror and exploitation, I don’t think I would have been able to jump back into this.  So, if you want to blame something for this guy’s thousands and thousands of words of bullshit, I guess you can blame that. END_OF_DOCUMENT_TOKEN_TO_BE_REPLACED

“If they couldn’t get him easy…  They got him hard…”

With a tagline like that, how could this NOT be featured on B-Movie Enema?!?  This week’s feature, 1974’s The Single Girls, will open the book on two elements that I’m kind of surprised has taken me over 200 articles to finally get to:

And, if you ask me, this comes not a moment too soon. END_OF_DOCUMENT_TOKEN_TO_BE_REPLACED

It’s another Friday, so that means NEW B-MOVIE ENEMA DAY!

This week, I have something a little more recent and from a group I’ve come to greatly appreciate.  The Sleeper is a 2012 slasher/thriller from Gamma Knife Films and Scream team Releasing.  It was written and directed by Justin Russell.  It’s meant to emulate the style of low budget slashers than ran wild after the release of 1978’s Halloween and 1980’s Friday the 13th.

Quite frankly, the 80s are in right now – in a BIG way.  More on that shortly.  First, though, let’s talk about Scream Team Releasing. END_OF_DOCUMENT_TOKEN_TO_BE_REPLACED 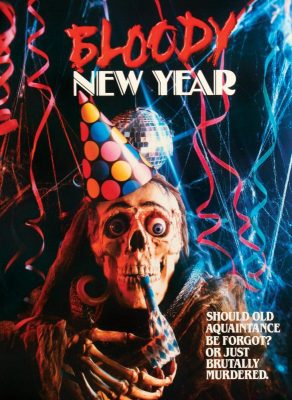 You might be wondering, “Geoff, what’s up with all this festive cheer and shit?”  Well, don’t worry, fellas and lady fellas…  I just had to clear some slates before I got buried beneath a load of movies I always want to write about but don’t have a particularly perfect timing to do so.  Besides, this does check a couple extra boxes for me:

So yeah, as you might have picked up by reading this blog over the past couple years, I buy a TON of Vinegar Syndrome releases.  They are a marvelous purveyor of cult classics, nearly forgotten gems, and exploitation.  These are things I am particularly in favor of.  So I had to help clear some of that backlog before I can get to some of the other finds I’ve picked up at various conventions and what have you. END_OF_DOCUMENT_TOKEN_TO_BE_REPLACED 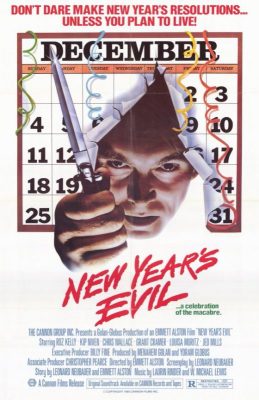 Cannon Films…  You son of a bitch!

It’s been a bit, Cannon.   How have you been, you ol’ salty dog?  Way back at the start of February, we went on a Hospital Massacre together.  I thought I said something wrong to not see you for a while, but here you are to help me wrap up the year.  You’d have almost thought that last week’s Christmas Evil would have been one of yours, but you have a much, much worse mov… er evil – New Year’s Evil!

Oh man…  For about 3 years, I’ve wanted to talk about New Year’s Evil.  It’s actually a movie I enjoy watching at the end of the year.  Is it because it’s good?  Nah.  It’s because it’s actually really dumb and kind of pointless.  But it’s a good mindless numbness I need as Christmas is over and the new year approaches. END_OF_DOCUMENT_TOKEN_TO_BE_REPLACED 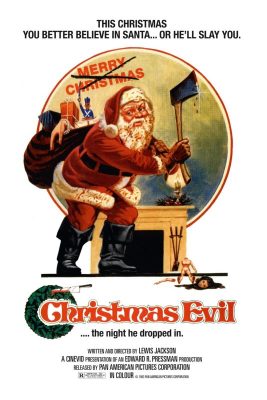 Ah…  Religion, iconography, and moral panic.  Welcome back to B-Movie Enema all you nutty, repressed, goofballs!

When coming to picking a movie that could tie into the Christmas holiday (as well as the general winter theme), I guess I could pick from several that the 80s and 90s offered up.  However, I should probably just go one that was sort of at the forefront of some controversy right at the start of the raddest decade of them all – Christmas Evil.

I will try to frame this as best as I can because people get pretty silly over horror and have consistently over the years.  I’ve mentioned before that satanic panic ran rampant over the late 70s and all throughout the 80s.  Some of that still persists today over the things that were stigmatized during that era.  But what was stigmatized and why? END_OF_DOCUMENT_TOKEN_TO_BE_REPLACED 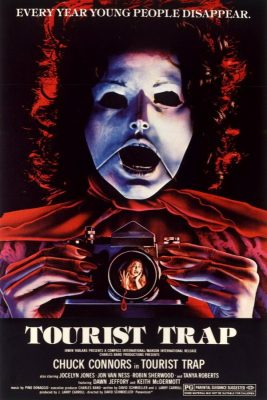 So here’s a movie that goes way back to my early education of horror.

I’m sure I’ve mentioned this before, but I’m the youngest of four boys.  Not just am I the baby of the family, but I’m the youngest by a bunch.  My brothers are 15 and 12  years older than me.  I great up in the 80s, and they grew up in the 70s.  My brothers who are 12 years older than me are twins and grew up on some classic 70s slasher flicks.  By the time the 80s classics came along, they were seeing those movies as much as possible, but I was also heavily exposed to a couple decades of movies.  Better yet, like with this week’s movie, Tourist Trap, I was exposed to what my brothers were nostalgic about as well as the new stuff.

If you think that upbringing was strange and kinda sad, I’ll have you know that I have my very own blog where I write every week about horror and exploitation movies.  So…  Who’s a sad weirdo now? END_OF_DOCUMENT_TOKEN_TO_BE_REPLACED