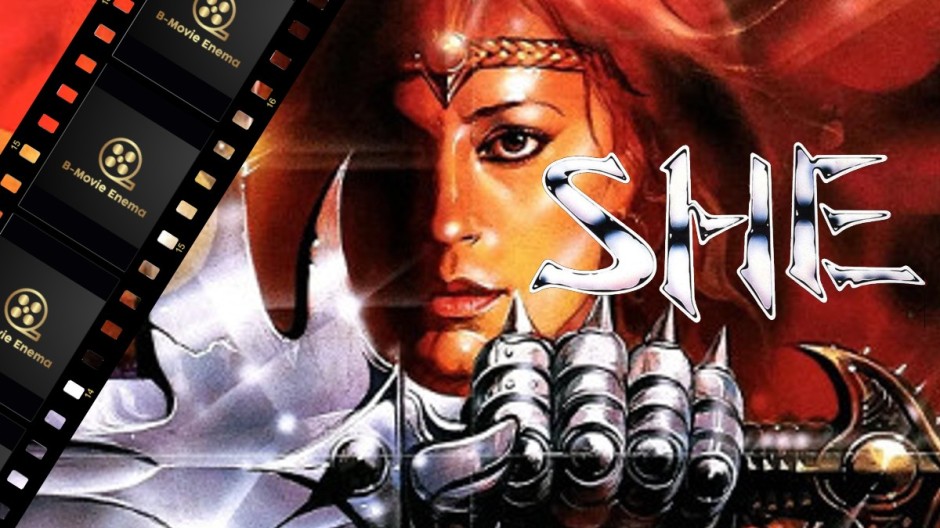 She told me that she loved me, and like a fool I believed her from the start. She said she’d never hurt me, but then she turned around and broke my heart. Why am I standing here missing her and wishing she were here?

She only did me wrong. Hey! I’m better off alone. She devoured all my sweet love, took all I had and then she fed me dirt. She laughed while I was crying. It was such a joke to see the way it hurt.

Wait… What’s that? We’re not talking about the opening song to the 1967 album More of The Monkees written by Tommy Boyce and Bobby Hart? But we’re talking about She right? Ohhhh, the 1985 post-apocalyptic comedy action flick starring Sandahl Bergman? Ah ha! I gotcha. That does seem to better fit the B-Movie Enema blog website than individual songs on random albums from, like, almost 55 years ago.